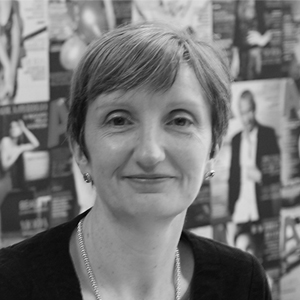 Penelope Morris is Senior Lecturer in Italian in the School of Modern Languages and Cultures at the University of Glasgow, Scotland, UK. Her research interests lie in the social and cultural history of modern Italy, with a particular emphasis on the history and writing of women, the intersection between the public and the private, and the role of emotions in history. She has published a monograph and various articles on the writer and resistance activist Giovanna Zangrandi [http://giovannazangrandi.com] (Giovanna Zangrandi: Una vita in romanzo, Verona, Cierre, 2000) and has edited an interdisciplinary study of women in postwar Italy, Women in Italy 1945-1960, Palgrave, 2006.  She also works on the writer Alba de Céspedes. With Francesco Ricatti and Mark Seymour, she has co-edited Politica ed emozioni nella storia d’Italia dal 1848 ad oggi (Rome, Viella, 2012) and, since 2012, has collaborated with Perry Willson on an AHRC Research Network which investigates motherhood in Italy: La mamma: Interrogation of a National Stereotype [http://lamammaitaliana.wordpress.com/]. She is co-editor, with Mark Seymour, of Modern Italy.