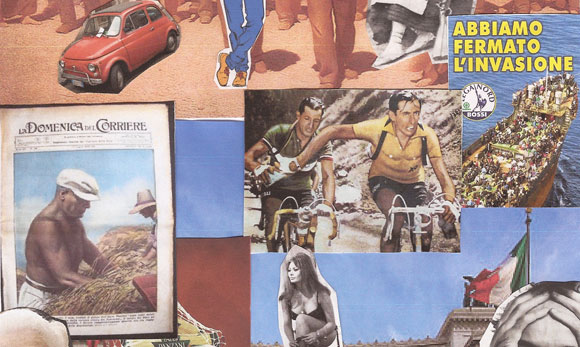 This conference will explore the many different ways in which images and symbols have circulated in modern Italy since 1800. The intention is to consider images of all types and explore their role in generating perceptions of Italy and the Italians, creating a shared visual culture, articulating political battles and ideologies, embodying gender differences and giving shape to commercial culture. It is expected that a significant part of the conference will be devoted to photography (Alinari brothers, Luce Institute, humanist photography, street photography and paparazzi images, and glamour imagery) and to iconic photographs (for example, Mussolini harvesting, Aldo Moro as prisoner of the Red Brigades). However, space will also be devoted to other media including popular illustration and cartoons, advertising, party symbols and election posters, postcards, art, magazine and book covers, graffiti and cinema. The aim is to explore the genesis and meaning of images which for one reason or another have become widely known and which occupy - or have occupied - a place in the collective imaginary.

These may include particular advertising campaigns, movie stills or scenes, brand images and star portraits as well as images, moments or people who for a brief moment captured national or international attention. Religious imagery is important as are images and visual clichés inherited from the recent and remote past. Among these will be triumphs (in sport for example) and tragedies (such as disasters and certain deaths), and representations of the physical environment, including changing cities and the landscape.

The conference will aim to attract contributions on a wide range of topics with the intention of bringing the visual and symbolic dimension of different events and experiences to the fore, as well as exploring case studies, professional trajectories and the present-day visual landscape.