The Italian 'Character': Virtues and Vices 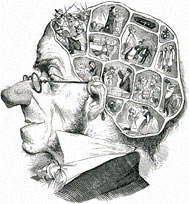 Il Lampione, Florence, 26 May 1849. Image reproduced with the kind permission of the Fondazione Feltrinelli.

The debate on national identity is often associated with qualifying the defining traits of a nation's 'character'. The question of defining the Italian 'character' came sharply to the fore in the aftermath of Italy's unification, when the challenges of 'making Italians' raised questions about their national characteristics.

Francesco De Sanctis saw in Machiavelli the ‘precursor of the values of a nineteenth century liberal patriot, opening the way to individual autonomy, fatherland, nationality, liberty, equality, virility, work and seriousness’; in Guicciardini, however, De Sanctis also saw the signs of ‘a more feeble and corrupt generation, who, while sharing Machiavelli’s aspirations, lacked will and was unable to pursue them.’

The 2011 ASMI Conference will explore representations and discursive constructions of the Italian ‘character’ in the light of the virtues and vices which have historically been attributed to or divined within it.

We welcome inter- and cross-disciplinary contributions aimed at reflecting on how the Machiavellian model of republican virtue of citizens and ‘the man of Guicciardini’ shaped the way Italians imagined themselves from the Jacobin republics to the republic of parties.